Demian Bichir has joined the cast of the upcoming reboot of The Grudge. He joins Andrea Riseborough in Sony’s re-imagining that has Nicholas Pesce (The Eyes of My Mother) in the director’s chair. 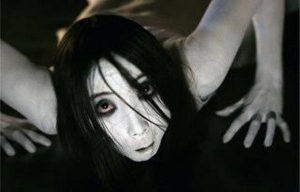 Originally released back in 2004 (I can’t believe it’s been that long) The Grudge was a remake of the original Japanese story Ju-on: The Grudge. The film was a reasonable interpretation with a few great scares, but it was nothing ground-breaking. There is certainly room for another version of the horror tale and Pesce is an exciting director to be attached to the project.

The Grudge follows a vengeful ghost who torments those who enter the house that it resides.

There is no word on when the new Grudge will be with us, but keep your eyes peeled for more as it comes.