A CGI-heavy shark flick from the director of Die Hard 2 and later, Exorcist: The Beginning, 1999’s Deep Blue Sea was way more fun than it really had any right to be, and retains a strong fanbase. Good news then, that a belated sequel is on its way, and has already wrapped filming. 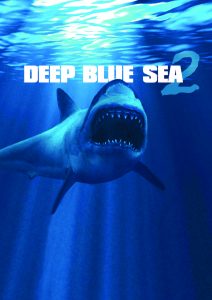 No doubt hurried into production following the recent successes of The Shallows and 47 Meters Down, the tentatively-titled Deep Blue Sea 2 was shot in Cape Town over the summer with Tales from the Hood’s Darin Scott directing. Leading the cast is Michael Beach (True Romance, Insidious: Chapter 2), with Rob Mayes (John Dies at the End) and Danielle Savre (Boogeyman 2, TV’s Heroes) co-starring. The film is set to premiere on SyFy sometime in 2018.

SyFy provides the following write-up:
The plot kicks off with shark conservationist Dr. Misty Calhoun invited to consult on a top-secret project run by pharmaceutical billionaire Carl Durant (Beach). Calhoun is shocked to learn that the company is using the unpredictable and highly aggressive bull sharks as its test subjects. You can probably guess where this goes next, and Warner Bros. teases some “personality” from the sharks that’ll be menacing these hapless humans.

Oh, and you’ll be pleased to learn that the film has been Rated R for “creature violence and gore, and for language.”