Dead Awake Poster Will Paralyse You

A feeling of helplessness pervades in this nice new poster for sleep paralysis shocker Dead Awake, which looks to be a promising genre entry. 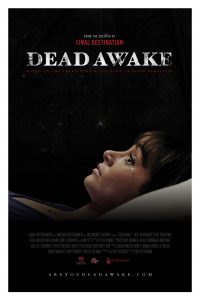 Written by Final Destination creator Jeffrey Reddick, the film is directed by Phillip Guzman, who helmed 2008 crime thriller 2:22 and kidnap drama Desdemona: A Love Story. It explores the terrifying real-life phenomenon of sleep paralysis, also the focus of awesome 2015 doc The Nightmare.

Dead Awake’s storming, female-led cast is headed by The House of the Devil’s Jocelin Donahue who plays “…a young woman who must save herself and her friends from an ancient evil that stalks its victims through the terrifying real-life phenomenon of Sleep Paralysis.” Alongside Donahue are the always awesome Lori Petty (Tank Girl, Orange is the New Black) and rising horror star Brea Grant (Halloween II, Beyond The Gates). Rounding out the main cast are Jesse Bradford (Hackers, Cherry Falls), Jesse Borrego (Con Air, From Dusk Till Dawn: The Series), and James Eckhouse (Avengers Assemble, Big). 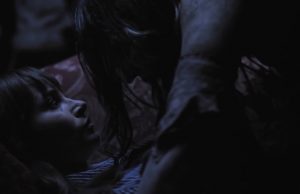 Dead Awake is currently gearing up for its world premiere at Shriekfest 2016 in Los Angeles on October 8, from where it will head to the FearNYC film festival on Wednesday October 26th.