DC Comics is launching a new imprint called DC Horror—and the label will be kicking off with a limited series set in The Conjuring universe!

Called The Conjuring: The Lover, the five-issue series is said to be a prelude to the upcoming third film instalment in the franchise, The Conjuring: The Devil Made Me Do It. That film’s screenwriter, David Leslie Johnson-McGoldrick, wrote the series alongside Rex Ogle (Death of Wolverine: Life After Logan). Garry Brown (Babyteeth) provided the illustrations. 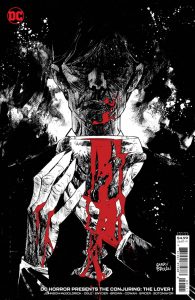 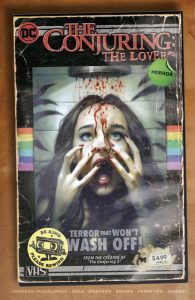 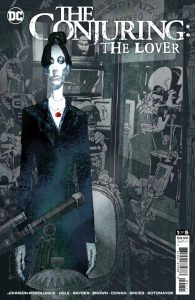 According to Games Radar, The Conjuring: The Lover will expand “the tragic story of Jessica, a college freshman returning to campus after winter break, bringing with her the anxieties of last semester’s poor grades, the awkwardness of facing a boy she wishes she’d never slept with, and an undeniably unnerving feeling of being watched. Jessica soon comes to realise that something evil has made her its target, and it will not rest until it has her in its unholy grip. But why did this sinister presence set its sights on a seemingly normal college freshman?”

Games Radar also notes that the series will “feature backup stories that further explore the mysteries of the artefact room of Lorraine and Ed Warren from The Conjuring universe.” The Conjuring: The Lover launches on June 4th.