DC to Bring Swamp Thing and Constantine back to the Screen

Poor old DC. While Marvel churn out hit after hit, their rival studio seem unable to really get their expanded universe out of the starting blocks, and critical acclaim for their recent films remains elusive. 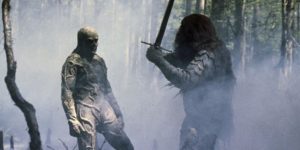 Here’s hoping they can fare better with their more macabre Dark Universe film which, while still in its early stages, has locked down a director in Doug Liman (Edge of Tomorrow, The Bourne Identity). The film will follow DC’s Justice League Dark team, which made its first appearance in 2011, and is made up of DC’s more supernatural creations. The team of the comics consists of John Constantine, Madame Xanadu, Deadman, Shade, and Zatanna, but – get this – Variety are reporting that Swamp Thing is likely to make an appearance.

The environmentally-conscious vegetative humanoid hero first appeared in 1972, and has not been seen on the big screen since 1989’s The Return of Swamp Thing. The low-budget sequel followed 1982’s Swamp Thing, one of the less-celebrated films of the late, great Wes Craven, but one not without its culty charms.

John Constantine was portrayed by Keanu Reeves in 2005’s divisive Constantine, and by Matt Ryan in a short-lived TV series which was cancelled last year. 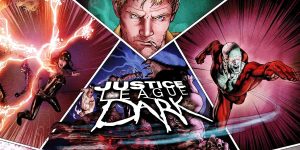 No plot details are available yet and probably won’t be for a while, with Warner Bros/DC currently busy with Justice League and Wonder Woman, both of which they’ll be hoping can garner some favourable reviews.