A new Day of the Dead series is set to take a bite out of SYFY this October, and these images from the show’s pilot episode give us a great look at the hungry hordes about the descend! 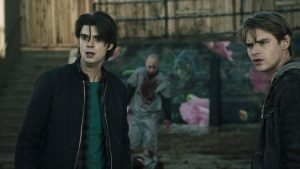 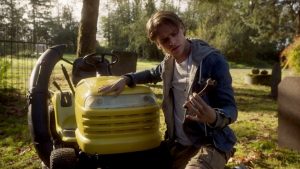 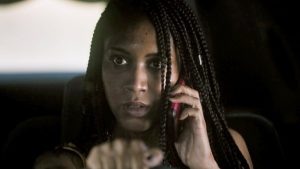 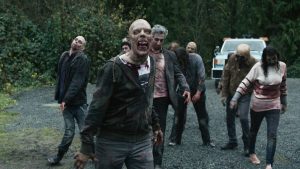 The story of six strangers trying to survive the first 24 hours of an undead invasion, Day of the Dead comes to us from co-creators and showrunners Scott Thomas and Jed Elinoff and director Steven Kostanski (Psycho Goreman, The Void). An ode to George A. Romero, the 10-episode series is a reminder that sometimes all it takes to bring people together is zombies trying to rip them apart.

Keenan Tracey (Bates Motel), Daniel Doheny (Brand New Cherry Flavor), Natalie Malaika (The Sinners), Kristy Dinsmore (Vikings), and Morgan Holmstrom star in Day of the Dead. If you missed the trailer out of Comic-Con@Home, you can catch up here.