David Robert Mitchell Casts Andrew Garfield in his Next Feature 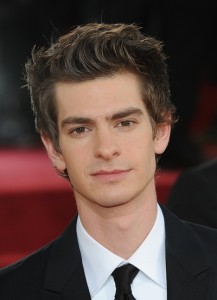 David Robert Mitchell has almost become a horror household name after his directorial debut It Follows. Many people have described the film as one of the best horrors of the decade, praising its ‘80s vibe, heart-racing score and nail-biting scares. How is he going to follow-up a film that is almost perfect?!

David Robert Mitchell’s next feature will be a noir crime-thriller titled Under the Silver Lake which has, so far, secured Andrew Garfield in the lead role. The story will be set in Los Angeles, but that’s all we know. The film will be offered at Cannes Film Festival, which is where It Follows garnered its attention, so Mitchell is probably hoping that his next flick will, also, be able to raise a few eyebrows.