With the ball now well and truly rolling on Hellboy reboot Hellboy: Rise of the Blood Queen, star David Harbour has taken to Instagram to share the first behind the scenes image. The shot shows the Stranger Things actor being cast for the mighty ‘Doom Fist’. 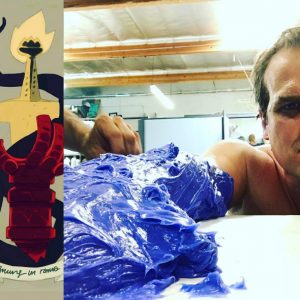 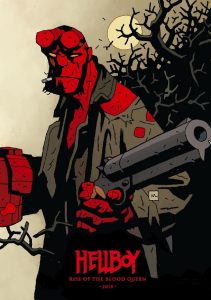 With Neil Marshall (The Descent, Dog Soldiers) at the helm, hopes are high for the re-imagining, which is aiming for an R-rating, and is described by writer Christopher Golden as “…a darker, more gruesome version” than Guillermo del Toro’s takes on Mike Mignola’s comics. Mignola co-wrote the new film alongside Golden and Andrew Cosby.

Mignola surprised fans last month when he announced the project, by which time the script was already completed, and director and star were already locked. Expect more soon on the film which, perhaps unsurprisingly, caused something of a sales storm at Cannes.