A couple of badass new posters have been revealed for the upcoming reboot of Hellboy and they show a fierce and fiery David Harbour in the lead, title role. Check them out below. 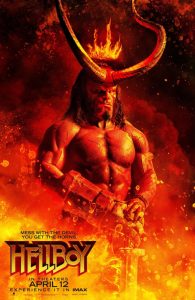 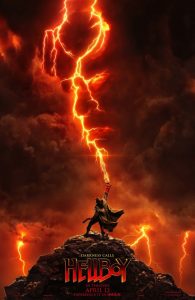 I wasn’t particularly excited by the trailer for Hellboy, but for all its imperfections, I am excited to see what David Harbour brings to the role. Unsurprisingly, he appears to be a witty and blasé Hellboy; one who doesn’t particularly care about being a hero…

Synopsis:
The new story sees the hero squaring off against a medieval sorceress (Milla Jovovich) who seeks to destroy humankind.