Daniel Kaluuya Cast in Jordan Peele’s Get Out 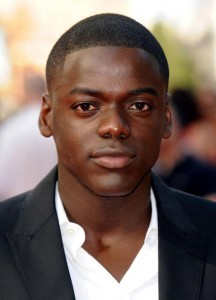 Daniel Kaluuya, who you may recognise from the thriller Sicario or the TV series Babylon, has been cast in Jordan Peele’s upcoming horror film Get Out. Peele is known for his show Key and Peele, but also for voicing characters in Bob’s Burgers and acting in the Fargo series and Children’s Hospital. This will be Peele’s directorial debut, and we hope we’re not the only ones who find it surprising to see him stepping in to horror.

That being said, there are plenty of horror-influenced sketches in Key and Peele. When speaking about the jump to straight horror Peele said, “I’ve been spending the first half of my career focusing on comedy but my goal, in all honesty, is to write and direct horror movies. [Get Out] is one of the very, very few horror movies that does jump off of racial fears. That to me is a world that hasn’t been explored. Specifically, the fears of being a black man today. It deals with a protagonist that I don’t see in horror movies”.

Peele is right when he says that racial fears are rarely dealt with in horror. The one film that obviously jumps to mind is Night of the Living Dead, but that was released way back in 1968. Also, the protagonist wasn’t even originally intended to be a black person and the idea of race was not directly acknowledged in the film. Racial tensions and fears are still very relevant subject matters, of course, and it will be refreshing to see them explored in a modern horror film.

Keep your eyes Peele-d for a release date.