Daisy Ridley Set to Star in Adaptation of Chaos Walking 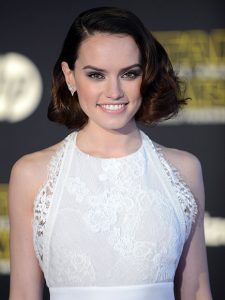 The young star of Star Wars: The Force Awakens has been confirmed to feature in the film adaptation of Chaos Walking, a Young Adult trilogy from author Patrick Ness that includes The Knight of Never Letting Go, The Ask and the Answer and Monsters of Men. Patrick Ness is also the author of A Monster Calls which has a film adaptation arriving this October from director Juan Antonio Bayona.

Chaos Walking will be directed by Doug Liman (Edge of Tomorrow) and is set in a post-apocalyptic world where all living creatures can hear one another’s thoughts in a stream called Noise. The two main characters in the novel are Todd Hewitt and Viola Eade, so we can assume that Ridley will be playing the role of Viola.

With the shock news that the final film in the Divergent series is moving to television, there is a gap in the market for a new YA film series. Hopefully Chaos Walking will prove to be more impressive, however.