Tony Jopia’s cuddly horror comedy Cute Little Buggers is finally on its way, having been picked up out of Cannes by Uncork’d Entertainment and High Octane Pictures. Uncork’d has acquired rights to the film in U.S and Canada, while High Octane has the rest of the world. To mark the occasion, we’ve got some brand new stills for you. 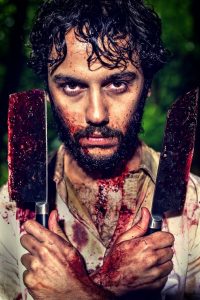 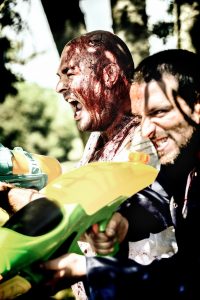 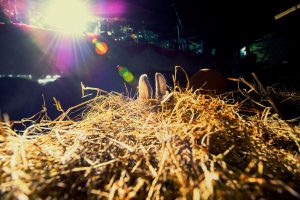 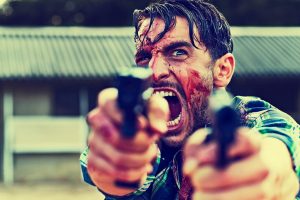 The film, which sees furry little alien beasties crash land in the English countryside to abduct the women of a sleepy village, was announced back in early 2014. The scheduled February, 2017 release date then came and went but never fear; the film will bring its fuzzy, ferocious fuckers to us later this year.

“Tony knows how to give audiences a good time – and his latest is no exception,” says Uncork’d President Keith Leopard, who distributed director Jopia’s 2015 film, Crying Wolf. “Cute Little Buggers will spook you – there’s moments in this that will make the goosebumps rise and then some – but it will also give audiences belly laugh after belly laugh! At its core it’s a real throwback to the golden-age creature features.”

Galen Christy, founder of High Octane Pictures, is equally excited about the film, saying: “Not many films can immediately hook you from the first frame… but this sure does! Cute Little Buggers is infused with an infectious energy, some high-spirited performances, and a unique premise – I defy anyone not to really enjoy it!”