David Moody returns with the release of a new HATER Trilogy

David Moody returns to the world of his Hater trilogy with a new fast-paced, and wonderfully dark story about humanity’s fight for survival in the face of the impending apocalypse, titled One of Us Will Be Dead by Morning. 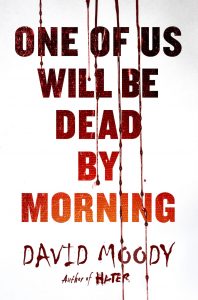 Synopsis:
Fourteen people are trapped on Skek, a barren island in the middle of the North Sea somewhere between the coasts of the UK and Denmark. Over the years this place has served many purposes—a fishing settlement, a military outpost, a scientific base—but one by one its inhabitants have abandoned its inhospitable shores. Today it’s home to Hazleton Adventure Experiences, an extreme sports company specializing in corporate team building events.

Life there is fragile and tough. One slip is all it takes. A momentary lapse leads to a tragic accident, but when the body count quickly starts to rise, questions are inevitably asked.

Are the deaths coincidental, or something else entirely? Those people you thought you knew, can you really trust them? Is the person standing next to you a killer? Will you be their next victim?

A horrific discovery changes everything, and a trickle of rumours becomes a tsunami of fear.

Is this the beginning of the end of everything, or a situation constructed by the mass hysteria of a handful of desperate and terrified people? 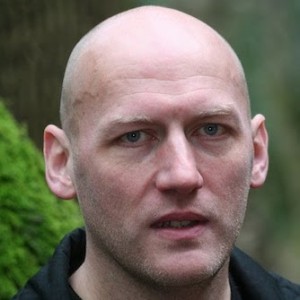 David Moody has been described as “having a unhealthy fascination with the end of the world and likes to write books about ordinary folks going through absolute hell.” He tore the human race in half in the first three books ( HATER, DOG BLOOD and THEM OR US), and now he’s paying a return visit to his dystopian world with a brand new trilogy.

ONE OF US WILL BE DEAD BY MORNING (now available from St Martin’s Press) and the forthcoming follow-ups ALL ROADS END HERE (published September 25 2018) and CHOKEHOLD (2019) tell the other (equally brutal and blood-soaked) side of the original
HATER story, with the six books ultimately combining to form a single epic dystopian saga.

Find out more about his work at www.davidmoody.net and www.infectedbooks.co.uk.