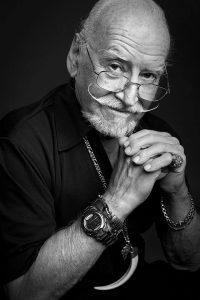 Unbelievably, it’s taken two days for the news to reach me of 2016’s latest fallen hero; cult independent filmmaker Ted V. Mikels, who died in his Las Vegas home on Monday. He was 87.

Born on April 29, 1929 in St. Paul, Minnesota, Mikels began his film career in the 1950s, shooting educational documentaries, before making his first feature, Strike Me Deadly, in 1963. He quickly became an extraordinarily prolific filmmaker, with five features under his belt by the time one of his best-known films, The Astro-Zombies, hit screens in 1968.

More recently, Mikels revisited some of his classics, making The Corpse Grinders 2 in 2000, and no less than three further Astro-Zombies films, the final one of which – Astro Zombies: M4 – Invaders from Cyberspace – was released in 2012. While his brand of filmmaking rarely proved lucrative, Mikels’ passion for his work always outweighed any potential for financial reward. He once wrote: “you can always entertain yourselves and close friends by showing your film in your own home late at night.” 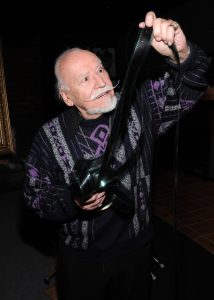 A true cult hero, Mikels was introduced to the British viewing public at large in 1988 when he talked to Jonathan Ross for Channel 4’s The Incredibly Strange Film Show in an episode dedicated to his life and work.

An eccentric of boundless energy and enthusiasm, the man who once said that “anywhere somebody will fund my movies, I’ll go” never took a break from movie making, and continued working into his final days.