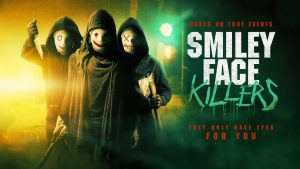 If, like us, you share an interest in unsolved crimes, then one case you’re probably familiar with is “The Smiley face murder theory,” something that made the headlines as a result of speculations advanced by retired New York City detectives Kevin Gannon and Anthony Duarte, and Dr. Lee Gilbertson, a criminal justice professor and gang expert at St. Cloud State University. Based on their investigations, they suggested that various young men who were found dead in various bodies of water across several Midwestern American states between the late 1990s to the 2010s didn’t actually drown, as law enforcement agencies concluded, but rather were all victims of either a serial killer or a group of killers.

The term “smiley face” became associated with these alleged murders when it was made public that graffiti depicting a smiley face had been discovered near locations where it was believed the killer or killers had disposed of some of the bodies.

Whilst the response of law enforcement investigators and other experts has been largely sceptical, the theory has attracted many people’s attention. One of those people was “American Psycho” author, Bret Easton Ellis who wrote a script about it which was subsequently directed by Tim Hunter with starring roles going to Ronen Rubenstein, Mia Serafina and Crispin Glover.

With the film now available on demand, ahead of a December 8 DVD/Blu-ray release and a 14 December UK release, SCREAM sat down with the film’s key antagonist, Crispin Glover (Willard, Back to the Future) to discuss how he approached such a precarious subject matter and how Lon Chaney played a significant role in defining the villain we get to see in the film…