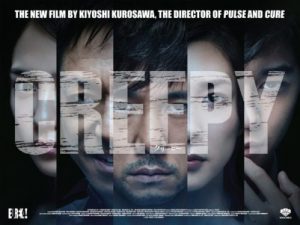 Synopsis:
Ex-cop Koichi Takakura (Hidetoshi Nishijima) lands a job as a University Professor in Taraku-jima, Japan. After relocating there with his partner Yasuko (Yuko Takeuchi), an old colleague, Nogami (Masahiro Higashide) re-enters Koichi’s life, and involves him in an unsolved missing persons case that may involve his ominous new neighbour Nishino(Teruyuki Kagawa).

Kiyoshi Kurosawa is a lesser known J-Horror director who helmed the likes of Door 3, Pulse, Sakebi, Loft, The Cure, amongst others still awaiting wider distribution. Much of his work melds traits from police procedural thrillers and murder mysteries with supernatural elements. He also directed several horror shorts and TV movies such as: Ghost Cop, Kazuo Umezu’s Horror Theater: Bug’s House and Seance. While Kurosawa’s latest, Creepy, lingers predominantly in the investigative/ cop category it’s adorned by psycho horror attributes which flower throughout the second act. An initially shocking but ultimately laborious set up unravels leisurely with far too many supporting characters and incongruous plot strands, and at two hours/ ten minutes, Creepy crawls on for far too long.

Kurosawa and Chihiro Ikda’s screenplay (based on the novel by Yutaka Maekawa) fritters between subplots where a sharper, more cohesive character study would have sufficed, allowing the cast and dread to blossom accordingly before budding into skull shuddering suspense and terror. Sadly too few scares resonate and bungled attempts to unnerve, cripple Creepy, despite decent performances, verdant visuals, a couple of notable, but not so surprising, plot points and a unique genre device presented during the finale. The manner in which Kurosawa captures the tale, elegantly dwelling on leafy, small town settings with natural lighting and blasé restraint, is pleasant enough but not always fitting for a film of this ilk, which needs to be taut and terrifying. 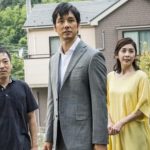 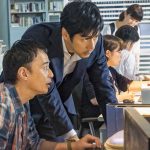 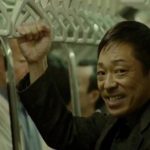 The chief antagonist, when unveiled, is depicted as far too idiosyncratic and kooky to reverberate as hostile, despite subtly unnerving in a couple of scenes. This has nothing to do with the acting per se but the aforementioned context in which they are presented, which massively weakens the drama and frights. While Creepy features intriguing facets, it fumbles (or disregards) all its attempts to frighten. The first half languishes in crime drama terrain as we get to know Koichi, Yasuko and their backgrounds before predicaments pop up but fail to propel the plot. Twists are nonchalantly woven but are far from startling. Meanwhile relationships between supporting characters may appear interesting out of context and are well portrayed but aren’t very relevant, and the drama isn’t effectively extrapolated, utilised or amplified enough to adorn Creepy with those mandatory thrills, so pivotal for a film of this ilk. 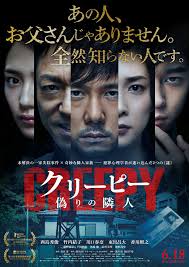 There are a couple of ingenious elements that have not really been employed in this context before, but the journey en route to them is banal and protracted. Even though the investigation is nicely entwined with “getting to know the new neighbour” plot yarns, both strands are desperately stretched. Creepy is just about tolerable due to its decent performances, affable characters and pleasant photography which, while proving detrimental to the suspense, makes its long drawn-out telling slightly less droning. Horror kicks in throughout the second act while red herrings relating to neighbour Nishino and his jittery daughter Mio (Ryoko Fujino) are dangled before being (possibly) discarded.

Koichi gets enmeshed in an old investigation about three missing family members, as daughter Saki Honda recalls repressed memories and a forgotten figure from the past, who suddenly re-enters her life. “You tear into peoples emotions like dissecting a lab rat” Saki barks as Koichi becomes too obsessed with solving the case to the point where he’s insensitive. There is little gore but ingenious modes of debilitation and scenes featuring plastic bags, dead bodies and vacuum cleaners in basements. While character swerves grasp attention, just as the story gets onerous, Creepy resonates as lacklustre, substandard J-horror that’s far too textbook to be truly note-worthy or anything more than by-the-numbers, but Kurosawa introduces enough unique mechanisms, extracts exceptional performances and provides pleasant enough visuals to make his latest just about bearable.