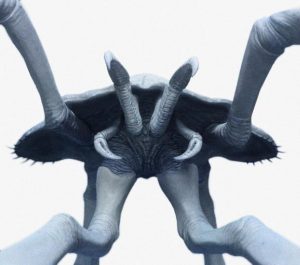 Remote Viewing is the directorial debut of Jordu Schell, an experienced creature FX designer whose long list of credits includes Cloverfield, Hellboy, Avatar, Escape From LA and 2004’s Dawn of the Dead. With the film currently around three-quarters of the way to being funded via Indiegogo, Schell has put out a couple of pieces of concept art showing early designs for the types of creepy crawlies we can expect. Also, check out the poster, which evokes the kinds of freaky images that terrified my young self from the pages of 70s/80s UFO books.

“It has always been my dream to make my own movie and give people those same terrifying chills that I had all those years ago, to create the kind of film that would stick with people forever,” Schell says on the Remote Viewing Indiegogo site. “Now, working with some of the amazingly talented people I have met along the way in conjunction with newly formed Wolfpack Studios, I am finally able to make my directorial debut.” 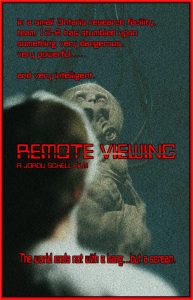 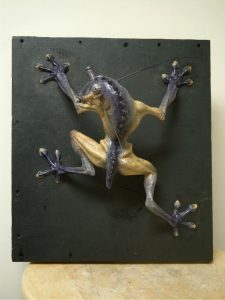 As well as the various perks available to backers, Schell promises something “eerie, strange, and disturbing, with convincing performances and shocking effects—this is what you will get by supporting this campaign for Remote Viewing”.

Sounds good to me. This could well be one to keep an eye on.