The Craft meets The Exorcist in Lionsgate’s The Merciless

Lionsgate are moving along with their adaptation of Danielle Vega’s high school horror novel The Merciless, with Sickhouse’s Hannah Macpherson now in final talks to direct. 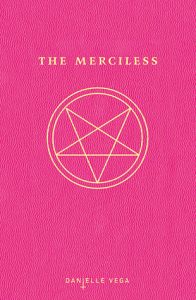 Bringing in elements of films such as The Craft and Heathers, but with a possession bent, Vega’s 2014 novel follows teenager Sofia Flores, who is taken in by the popular clique after starting at a new school. Giving in to peer pressure, she is coerced into joining them in their ‘exorcism’ of punky rebel Brooklyn Stevens. The ritual amounts to little more than torture, and soon, Brooklyn is bound and gagged in a pool of her own blood. What’s more, Sofia knows that if she frees the girl, or goes against her new friends, she could well be next.