Courtney B. Vance Joins The Mummy 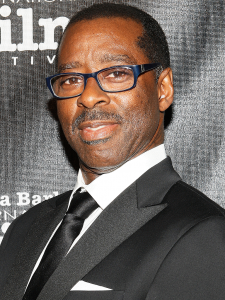 The cast of The Mummy is shaping up very nicely with Tom Cruise, Sofia Boutella, Annabelle Wallis and Jake Johnson already set to star. Now we have another name added to the list and that is Courtney B. Vance. You may recognise him from Final Destination 5, Flashforward or Terminator: Genisys, but he’s recently stepped into the limelight after starring in American Crime Story.

Synopsis:
Cruise plays Navy Seal Tyler Colt who goes on a mission in the Iraqi desert to find a group of terrorists hiding out in a bunker. However their prey turn out to be mere grave robbers who have all magically died, and when they go inside the bunker Tyler and his team also succumb to some mystical forces out of their control, which is when they realise they are actually in an ancient tomb. While his men end up turning on each other, Cruise’s character is the only one to make it all the way deep within the tomb alive and find an ominous black iron sarcophagus. After he tries to open it he is stabbed in the palm and his mind is cursed with visions of Ashurbanipal, King of Assyria, more informally known as The Mummy.

The Mummy is being directed by Alex Kurtzman (People Like Us) with a script written by Jon Spaihts (Prometheus, The Darkest Hour). With Universal planning on a Marvel-esque world of monsters, we’re already looking at a new Bride of Frankenstein, Van Helsing and Creature from the Black Lagoon…and possibly even more.