Are You Cool? Check Out This Dope Trailer for 4/20 Massacre 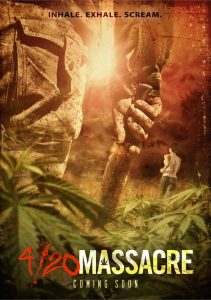 Well, it may be arriving one month late, but blazing onto our radar today is this kushy trailer for slitted-eyed slasher 4/20 Massacre, plus the film’s first poster.

The film sees a group of best buds stumble onto a hidden cannabis plantation, where they’ll have to battle more than just lethargy. After acquiring a huge bag of weed they become the prey of a masked psycho armed with something far more dangerous than a blunt.

A group of five women go camping in the woods to celebrate a friend’s birthday over 4/20 weekend. But when they cross the turf of an illegal marijuana grow operation, they must struggle to survive the living nightmare. 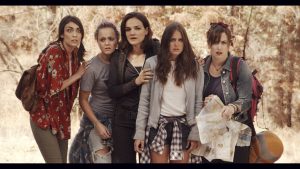 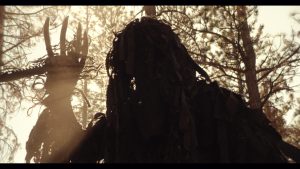 A release date is yet to be announced so for now you’ll just have to skin up, mellow out and enjoy the trailer.