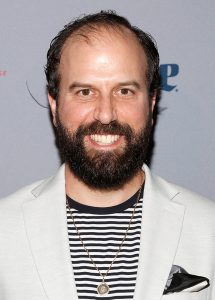 With production now underway, the Stranger Things ball is firmly rolling and we have a new cast announcement to go with it. Comedian Brett Gelman has signed on for the second series of the hit 80s-set sci-fi series and he joins the stellar cast that includes Sean Astin, Linda Berthelsen, Dacre Montgomery, Rob Morgan, Pauler Reiser, Caleb McLaughlin, Natalie Dyer, Sadie Sink and Millie Bobby Brown.

Brett Gelman is most widely known for his role in Adult Swim’s comedy series Eagleheart, as well as Another Period, Go On and, most recently, as Martin in the BBC comedy series Fleabag. Stranger Things will definitely be a change of scenery for the actor, but his role is to be a “Disgraced journalist-turned-conspiracy theorist who is investigating a cold case in the small Indiana town [of Hawkins],” so maybe there will be room for a little comedy.

Stranger Things season 2 will arrive in 2017, with the series taking place one year after the events of the first season.