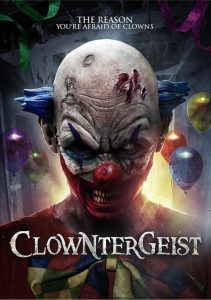 Arriving just as the craze for wandering around at night dressed as a clown is dying out, and the buzz and excitement for this year’s It adaptation is building, is micro-budget horror Clowntergeist, which will be hitting the EFM and Cannes markets this year. Ahead of then, High Octane Pictures have put out sales art for the film, as well as this trailer, which still has the film billed under its original title of Fear Itself.

Described (somewhat unimaginatively, it must be said) as ‘It meets Poltergeist’, Clowntergeist is the second feature from prolific short film director Aaron Mirtes, and stars Brittany Belland (The Sleeper), Burt Culver (Bastard), feature newcomer Monica Baker and Eric Corbin as Ribcage the Clown. 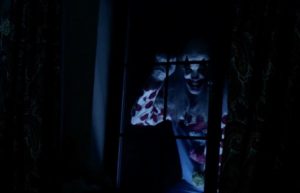 Emma, a college student with a crippling fear of clowns, must come face to face with her worst fear when an evil spirit in the body of a clown is summoned terrorising the town she calls home. One by one Emma and her friends receive a balloon with the exact time and date of when it will appear to kill them written on it. After receiving her balloon, Emma realises that she has two days left to live, and must fight against the clock to find a way to survive.

Look out for Clowntergeist later this year.