Classic Villains will Return in Godzilla: King of the Monsters

Monday saw the beginning of principal photography on Godzilla: King of the Monsters, the sequel to 2014’s Godzilla and the next entry in Warner Bros. and Legendary Pictures’ MonsterVerse. Some plot details have also emerged, revealing that everyone’s favourite city-levelling lizard will be facing off against some old foes. 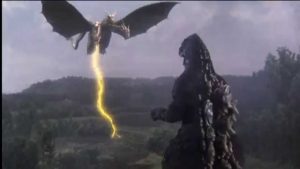 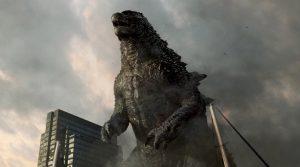 The crypto-zoological agency Monarch will be facing multiple God-sized threats this time around, as Godzilla collides with classic nemeses Mothra, Rodan, and mighty, three-headed giant King Ghidorah. The monsters will be battling each other for supremacy, and you can bet it’s gonna be fucking epic.

Krampus/Trick ‘r Treat helmer Michael Dougherty directs the film, which will be flattening cinemas on March 22, 2019. It was announced recently that Adam Wingard (You’re Next, Blair Witch) has been confirmed to direct Godzilla vs. Kong, which is due to arrive just over a year later, on May 22nd, 2020.