THE CITY OF THE DEAD: Film Review 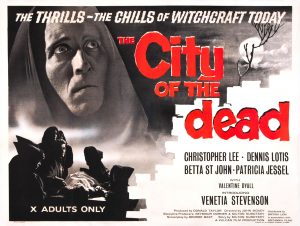 Synopsis:
Sprightly student Nan Barlow (Venetia Stevenson) travels to the small town of Whitewood, Massachusetts to conduct research for a paper she is writing on witchcraft. Upon arrival, Nan discovers the town residents to be rather old fashioned and that witchcraft may still be practiced by some of Whitewood’s inhabitants.

When finally gaining a US cinema release three years after completion in 1963, under new title “Horror Hotel”, The City of the Dead received around two minutes of cuts by American censors. Dialogue containing Satanic content had been trimmed from the opening prologue along with imperative plot details which, in its absence, hugely hindered the US edit. It’s hard to believe that only two minutes of trimming can be so detrimental to a film’s overall quality but these cuts made Horror Hotel a flimsy, throwaway b-movie, and while the fuller The City of the Dead may be an undeniably stronger work, it is also not without its defects.

What starts as a frightening trek into small town America/American Gothic, and Christopher Lee’s first straight horror film outside of Hammer, soon unfurls into a cumbersome muddle through oddly familiar ground. Filmed in black and white, director John Llewellyn Moxey (Death Trap, Circus of Fear) instils an instantly unsettling air via stunning cinematography from DOP Desmond Dickinson (Trog, Whoever Slew Auntie Roo?), further adorned by a unsettling opening credits sequence containing Satanic chanting combined with close ups of cloaks amidst moody background mist. The City of the Dead could be technically considered the first film from British horror production company Amicus as it was produced by company founders Milton Subotsky and Max Rosenberg, under the original name Vulcan Productions. 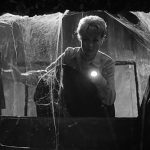 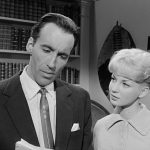 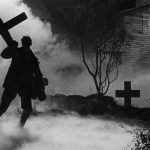 The story starts with a 1692 based prologue set in Whitewood Massachusetts where an angry mob, governed by Witchfinder General Jethrow Keane (Valentine Dyall), lead local witch Elizabeth Selwyn (Patricia Jessel) to be burned at the stake, but not before she places a curse on the town, condemning them to a life of perpetual suffering. The story then snaps to the present day (1960), where starry eyed student Nan Barlow is set to embark on a study trip to Whitewood, at the suggestion of her lecturer Professor Alan Driscoll (Christopher Lee), despite words of warning from her family and friends. The City of the Dead then sifts into a slow burning mystery containing skin crawling terror with a Satanic edge, as Nan settles into the slightly ramshackle “horror hotel” of the US title and gets to know the locals.

Nan makes friends with a friendly bookshop employee and meets ominous town folk who take the form of a creepy hotel manager and the classic petrified local who warns Nan away from Whitewood before reluctantly giving her directions. While other strange characters lurk half concealed by shadows, Nan finds herself becoming gradually more isolated by the rest of the hotel residents who go out to celebrate Candlemass eve without her: the night where Whitewood worship the devil then head off out to mock the church. The story takes a surprising, theoretically respectable turn in the second half, which would have been more groundbreaking if it didn’t follow suit to another horror film produced in the same year. It’s hard to establish whether The City of the Dead screenwriter George Baxt took his cue from this comparably structured picture or not, due to the proximity of their productions/release dates, but the other is undoubtedly more highly regarded (to say what it is would ruin the twist).

What is also odd is how the rest of TCOTD takes an equally familiar narrative path but sadly (unlike its parallel) slightly falls apart.

The plot becomes cumbersome as not very interesting secondary characters take centre stage and try to solve a mystery, the answer to which the audience is already aware of. Other story secrets are resolved far too hastily, leaving not much material for the audience to engage with but, despite running out of steam at the midway point, TCOTD picks up again for a fantastic “shadow of the cross” finale. As well as the aforementioned mystery film, The City of the Dead also recalls Mario Bava’s Black Sunday (also released the same year) in terms of tone, style, content and setting. Despite not being as potent as Bava’s masterpiece, TCOTD still features enough commendable facets to make it well worth a watch, re-watch or purchase. 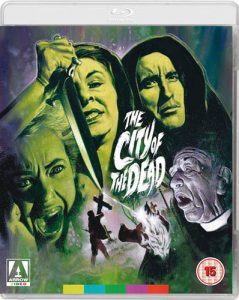 Special features on Arrow’s new Blu-ray disc include: the hacked US version “Horror Hospital”, a forty five minute archive interview with Christopher Lee who discusses his incredible career, including time spent working with Orson Welles on a never realised production of Moby Dick. A short behind the scenes feature on the making of this interview is also included and shows Lee signing autographs while revealing nervousness about appearing in the “new” Star Wars and Lord of the Rings movies due to the expected fan-base expansion and increase in autographs. Also included is a half hour interview with director John Llewellyn Moxey who discusses his film career and Welsh heritage. A short archive interview with Venetia Stevenson also features along with a trailer, stills gallery and audio commentaries from Christopher Lee, John Moxey and film critic Jonathan Rigby, author of English Gothic: Classic Horror Cinema and Christopher Lee: An Unauthorised Screen History.