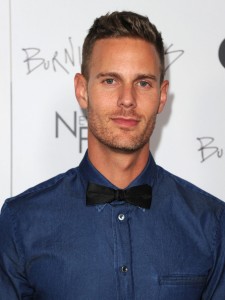 Very little is known about the supernatural thriller Liminal, but we do know that director Christopher Landon is to helm the project. Landon was behind the hilariously fun zomedy Scouts Guide to the Zombie Apocalypse and the effective spin-off Paranormal Activity: The Marked Ones. It’s not certain – because Liminal could, quite rightly, be a horror-comedy – but, it does appear that the director is venturing back in to the serious horror category. We’re predicting ghosts, an alternate dimension or a possession type deal, but don’t hold us to that.

Liminal’s story comes from Adam Robitel (The Taking of Deborah Logan, Paranormal Activity: The Ghost Dimension), but Landon will be writing the script. Keep your eyes peeled for more as it comes.