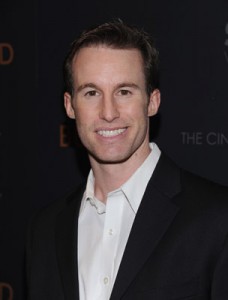 Writer Chris Sparling stormed on to our screens with 2010’s Buried; a sharply-written and thoroughly engrossing thriller shot entirely from inside a coffin. Ryan Reynolds starred in the film which was pretty ground-breaking in its execution and proved that being tied to one tiny location is enough to execute a thrilling and nail-biting experience.

Since Buried, Chris Sparling has dabbled in writing for horror films that include ATM and The Atticus Institute. These films were far from terrible, but certainly did not reach the heights of his debut. Now, the writer is heading back in the world of thrillers to bring us a home-invasion shocker titled Intrusion.

Synopsis:
A woman who moves with her husband to a small town in Maine after a cancer scare and becomes the victim of a strange home invasion. She begins to uncover a darkness underneath her seemingly idyllic new life.

The description of the home invasion being classed as ‘strange’ is certainly intriguing. I mean, is the house invaded by the Easter Bunny or something? I guess we will have to wait and see!