The time has passed for arguing over whether a Suspiria remake is something the world needs (it’s not), and the cast for the upcoming re-imagining of Dario Argento’s operatic horror classic continues to grow stronger. The latest to sign up is Chloë Grace Moretz, who seems to have become the go-to name for horror remakes, having now starred in The Amityville Horror, The Eye, Let Me In and Carrie. 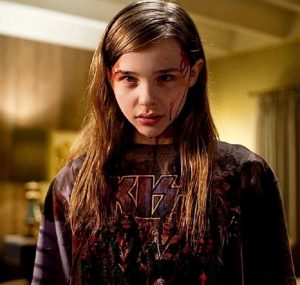 While Guadagnino has made no secret of his love for the 1977 original, Argento spoke out in August about his feelings towards a remake, and his lack of consultation on the project. Talking to Indiewire, the legendary director said: “I have never, ever been asked about it. I mean, I never got a call or anything, asking me about casting, locations, whatever. I know nothing about this project except what I read in the papers. I repeat: I have never, ever been asked about it.”

He went on to say that “Either you do it exactly the same way — in which case, it’s not a remake, it’s a copy, which is pointless — or, you change things and make another movie. In that case, why call it ‘Suspiria’?”

His question is one that can be applied to pretty much any modern remake, and one to which the only sensible answer is a cynical one: ‘money’.