This trailer has emerged for French found footage nightmare Cold Ground, and it looks pretty promising. Visually it stands out from the found footage pack purely due to its 1970s setting. The film also has one hell of a cool poster that you can see below. 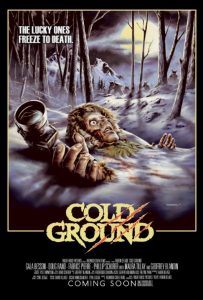 Set in 1976, the film follows young journalists Melissa and David, who set out to investigate strange reports of cattle mutilations. Trekking through the mountains to the French-Swiss border, they arrive to find the team of scientists they were due to meet have disappeared. Escorted by a first-aider, the pair head deeper into the mountains to search for the missing team.