The Chilling Adventures of Sabrina to Hit the CW 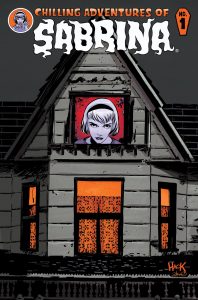 Sabrina the Teenage Witch is coming back to the small screen, hooray! However, fans of the Melissa Joan Hart-starrer should know that this will probably be very different to the popular ’90s/00s series. Titled The Chilling Adventures of Sabrina, this one has been described as a dark coming-of-age story that will work as a companion series to The CW’s Riverdale.

The series will be based on the Archie Comics series from Roberto Aguirre-Sacasa, which poses Sabrina as the Satan-promised offspring of a warlock and a female human. As with the promised dark premise, the series will blend horror, the occult and witchcraft as Sabrina struggles to live a normal life.

Aguirre-Sacasa will pen the series that should hopefully land in late 2018 or early 2019.