CHILDREN OF THE DARK: Book Review

Synopsis:
Will Burgess is fifteen years old, living in Shadeland. It’s a place with a history. A couple of histories. One, the most famous serial killer in their part of the USA and two, a history that goes back hundreds of years concerning The Children who, legend has it, live in the caves that stretch underneath most of Shadeland. The first is definite because the killer is in jail. The second has never been proven and is very rarely spoken of.

History is about to be relived though as the serial killer, Carl Padgett, has escaped from prison and no one knows if he is on his way back to Shadeland. Will and his friends, Chris and Barley try not to worry about the escaped convict as they do what teenage boys do and try to woo some girls they think are hot. Problem is those girls already have boyfriends that aren’t very nice.

Problem two is the fact the killer looks like he is indeed on his way to Shadeland. Problem three is the fact there is something else hiding in the hollow.

What follows is a journey for the kids down many paths they could never have imagined or even believed. It’s no longer a question of who will get the girl, but who will get out alive. 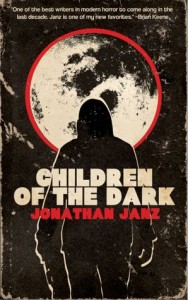 There are many characters in this one that I feel are worthy of a mention. Will is obviously the main boy. He is a timid lad and spends most of time playing baseball and looking after his sister, Peach. He has to. His mom is always drunk or sleeping and no great use to anyone. His best friend Chris is also a baseball player and they play together. Barley is the third in the group. The stereotypical heavier guy that they both love but others don’t get. Barley and Chris live on the rich side of town. Will lives out of charity stores.

The girls they are chasing are Mia, Rebecca and Kylie Ann. All beautiful young girls that seem to be decent human beings to boot. Problem is their boyfriends Brad, Kurt and Eric. Three bullies that, to be honest, aren’t very nice in this story but I figure they could settle down if they were given a good hiding themselves.

Peach is Will’s six-year-old sister. Meek and shy and very reliant on her brother, I really loved her she had my heart from the beginning.

Carl Padgett is a serial killer with no heart and no morals and no nothing. Cold is the only word I can use to describe him. He holds many secrets though and is also the key to many of the problems in Shadeland.

There are others that play significant parts in the story but spoiler free Confessions can’t tell you about those ones.

The plot? That’s a hard one. Not complicated, just hard to explain without giving the story away. I have seen it described as a coming of age novel. To a certain extent I can agree with that but after a while this turns into an out and out horror story. It is one of those that has many horror elements to it though. Psychological, physical, monsters and slasher serial killers. It is about a group of teens growing up as best they can so I guess you can say coming of age. There is a bit of McCammon in it like Boy’s Life. There is a bit of Ronald Kelly in it from Fear. It’s much more than that though and when the horror kicks in I think I would compare it more to Fear.

It is a story of survival ultimately but it is so much deeper than that. Will is from the poor side of town. Some of the bullies pick on that. Some of his mates stick up for him with it. It shows the difference between friends. Same goes for the girls in the story. Nothing makes a difference to them. It’s good to read about some decent human beings for a change. It’s a story about some people’s struggles against adversity of many kinds. Again, Will has a lot of struggles for a fifteen-year-old. Unfortunately, even in real life, he is not alone. I congratulate Mr Janz for highlighting the sort of problems Will has with his mother, sister and missing father. I have noticed in his past couple of books that he is showing how brave he is in tackling real life scenarios in his books in a sensitive and thought provoking way that many an author would be scared to do.

If you have read Jonathan Janz before you will know what to expect from the writing in this book. If you haven’t then you are in for a treat. This writing is just sublime. You cannot look away from the page at times. I made numerous coffees while reading this and many of them were stone cold when I eventually got around to picking them up to drink.

His horror is exquisite. It will scare you in so many ways for so many different reasons. It is what I call intelligent horror. It scares you without you even realising it. There is horror of the mind. There is real life horror, as in, everyday situations that some people don’t even know happen in other people’s lives that will make you very glad for what you have, and make you hope you never end up in those situations.

There is a scene in the underground caves that nearly made me sick. Claustrophobia and darkness don’t sit well with me. This is what I mean about how good Mr Janz’s writing is. Many different people will find many different scary things in this book.

I could go on and on about Children of the Dark. It has every ingredient measured out perfectly to give you the ultimate reading experience, be you a horror fan or just a lover of a wonderful story. It’s an old scenario and an old plot if you like but this still feels so fresh. When I read a Janz book I almost feel like he has written it just for me because everything is perfect and you feel as if you become part of the story.