Chernobylite, a science-fiction survival horror game from The Farm 51, will be releasing on Steam Early Access on October 16th, 2019, with a full release planned for the second half of 2020. 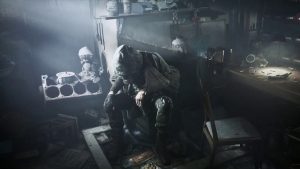 In the game, which is an unpredictable and non-linear first-person shooter, you’ll have to try and survive long enough to reveal the twisted secrets of Chernobyl. The setting is a 3D-scanned recreation of the real Exclusion Zone, and there are many possible endings that are dependent on the player’s decisions.

The Early Access version of the game will include eight hours of storytelling, as well as free access to upcoming updates that add new episodes, characters, locations, and equipment. A console release is expected at a later date.