CHECK OUT UNRECOGNISABLE DEE WALLACE IN 3 FROM HELL 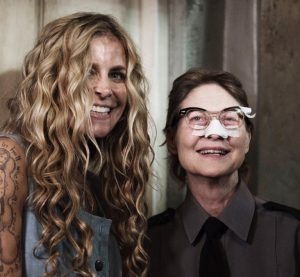 Horror legend Dee Wallace (Cujo, The Howling) teased last week that she’s virtually unrecognisable in Rob Zombie’s 3 From Hell—and from the first look at her character, she’s not wrong.

Wallace, who previously starred in both Zombie’s Halloween and The Lords of Salem, says co-stars Sid Haig and Bill Moseley took a moment to realise who they were looking at the first time they were on set together. She’s also commented that her character is “out there” and that she has plenty of fun scenes with Sheri Moon Zombie’s Baby.

Lionsgate and Saban Films will be releasing 3 From Hell across nearly 900 movie theatres in the U.S. on September 16th, 17th, and 18th. You can read more about the unusual release schedule here.