Chasing Dead Gut-Munching its Way To Wii U in March

Splatterific zombie shooter Chasing Dead will hit Wii U in March, according to the website Nintendo Nuggets. It’s rare for more under-the-radar third-party games like this one to crossover to Nintendo, who prefer to put out games they’ve published themselves. Plus it’s got to be said, the Wii U is not primarily known for its first-person shooters, or indeed its horror games.

Chasing Dead may not have received wide coverage, but this trailer certainly makes it look like a fun ride. Developed by relative newcomers 2020 Vision, the official synopsis reads like this: 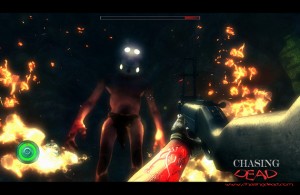 The game begins with a strange phenomenon in which another Earth appears in our skies. The curiosity and fear of a doppelganger planet initiates multiple missions in order to make contact with the duplicate Earth. A team of agents, astronauts, and scientists were sent 955,600 miles across space by NASA and the US Military, however all contact is lost a few hours after their arrival. You play as a marine named Jake who is sent on a mission to retrieve any research and data left behind by the original survey team while fighting off hostile forces. As Jake, you must traverse the zombie-ridden lands of the alternate Earth as you battle endless hordes of the undead, frightening mutants and insane soldiers. While you collect recordings and research papers you will steadily come upon the horrifying revelation that led to the parallel Earth’s demise.