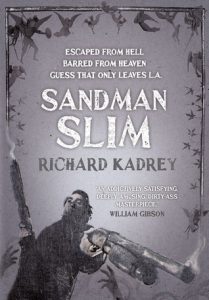 John Wick director Chad Stahelski has signed on to direct a film adaptation of the novel series Sandman Slim. Written by Richard Kadrey, the series, so far, features nine books that centre on Sandman Slim, a supernatural vigilante who escapes from hell to avenge his girlfriend’s murder.

The film’s script will be written by Kerry Williamson who, most recently, co-wrote Netflix’s impressive sci-fi mystery What Happened to Monday. She also wrote the script for 2012’s Alex Cross and will be adapting Denis Hamill’s Fork in the Road for the big screen.

Further details are scarce, but we certainly like the sound of this revenge-filled actioner, especially as the John Wick franchise is shaping up to be an intense thrill-ride we can’t wait to see more from.