Here Comes the BITE all Dressed in White! 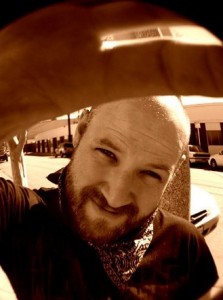 What better time is there to get married than when your award-winning horror film screens at the Spanish film festival Sitges? That is exactly what Bite director Chad Archibald has been thinking. Clearly having been inspired by his film, Chad is planning to marry his fiancé Ali Rothwell on a mountain top to the west of Barcelona during Bite’s screening and, also, just in time for National Chocolate-Covered Insects day on October 14th – yes, that’s a real day.

We love Bite at Scream and you can read our raving review here. If you love icky and relentlessly gruesome body-horror films then you should definitely add Bite to your watch-list. The film is so shocking, it caused people to pass out and vomit at Fantasia Film Festival, so it’s certainly not for the faint-hearted. 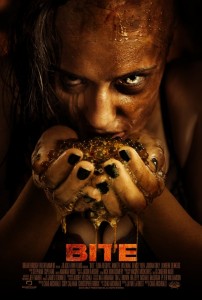 Bite has had a hugely successful festival run and there are still more dates to come. If you’re heading to Sitges then you can catch Bite on October 13th and October 16th, where it plays alongside Stung in an insect-centred double creature feature.

Synopsis:
Bite follows bride-to-be Casey (Elma Begovic) on her bachelorette party getaway. While partying, she gets a seemingly harmless bite from an unknown insect. After returning home with cold feet, Casey tries to call off her wedding, but before she’s able to, she starts exhibiting insect-like traits. Between her physical transformation and her wedding anxiety, Casey succumbs to her new instincts and begins creating a hive that not only houses her translucent eggs, but feeds on the flesh of others. As her transformation becomes complete, Casey discovers that everything can change with a single bite.