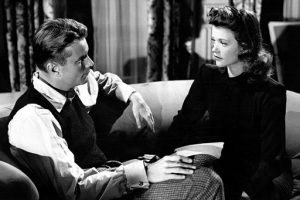 Producer Val Lewton was responsible for a slew of B pictures during the 1940’s, often fabricating classics out of titles he was given by the honchos at RKO studios. While spearheading a branch dedicated to B horror films, Newton was simply expected to create cheaply made and profitable genre fare. But Lewton had the heart of an auteur and, as such, would produce films which were thought provoking and controversial, as well as mass appealing to audiences besotted by Gothic horror shockers featuring creatures such as featuring Dracula and Frankenstein.

But upon the advice of director and collaborator Jacques Tourneur, their films would be more modernised to give audiences characters and situations they could relate to, thus making their experience much scarier than bloodsuckers in ancient castles. So, in 1942, they unleashed their first seminal masterwork Cat People, which remains a beloved cult classic to this day. 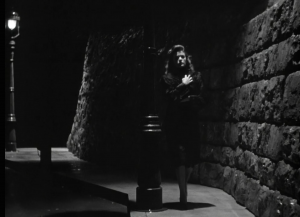 The story is centred around Irena Dubrovna (Simone Simon), a fashion designer from New York City who originally hails from Serbia. It is in the Big Apple where she begins a romance with Oliver Reed (Kent Smith), and eventually they marry. However, soon Oliver becomes concerned about Irena’s superstition that she may transform into a panther when she’s aroused. He then confides in his beautiful assistant, Alice Moore (Jane Randolph), about their marital issues. But the jealousy Irena feels towards Alice triggers her curse.

The film is brimming with thought provoking themes, with undercurrent of Freudian theories pertaining to sex, jealousy and animalistic desires being interconnected, as well as gender politics in relation to animal archetypes explored by theorists Carl Jung. For its time period the film is also sexually provocative, especially in regards to its exploration female sexual desire. 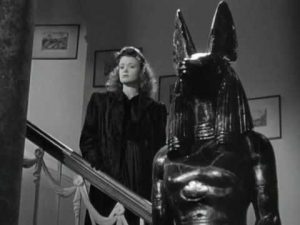 The influence of German Expressionism and film noir is also evident in Cat People, particularly in relation to the use of lighting the character archetypes. Lighting is used effectively to give the impression that something supernatural lurks within the shadows, whereas the femme fatale which was commonplace in noir serves as the film’s protagonist. The film has an abundance of style, and its masterful execution is tangible in every frame.

Overall, I can’t recommend this enough. The Criterion Blu-ray looks absolutely stunning, with extras including an insightful commentary by film historian Gregory Mank. Cat People is a pivotal film in horror history and this release gives this masterpiece the treatment it deserves. Highly recommended.