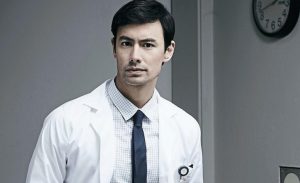 Casting is underway for James Wan’s super-secret horror film, which is tentatively titled Silvercup, and British actor George Young (Containment) has landed a leading role. He’ll star alongside Annabelle Wallis (Annabelle) in the flick, which Wan is producing through his Atomic Monster banner with Michael Clear.

While little is known about the film at this time, we know it isn’t part of an existing franchise. Rumour has it the plot will follow two women on the run from a monster, though this hasn’t been confirmed. Wan and Ingrid Bisu came up with the story.