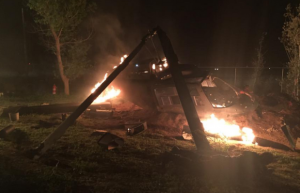 Seth Rogen (Pineapple Express) has been treating us mighty well after releasing some rousing new images that show the power of God may have been misused by Reverend Jesse Custer played by Dominic Cooper (Dracula Untold). Evan Goldberg (This Is The End) is also directing alongside Rogen for the pilot that will be shown on AMC.

Cooper stars as Texan Reverend Jesse Custer, a contradicting preacher that doesn’t know the boundaries between good and bad. He joins alliances with some form of manifestation that escaped from Heaven that causes him to have the ability to make people do anything he wants. Custer travels with Ruth Negga as his girlfriend Tulip and Joseph Gilgun as an Irish vampire called Cassidy, to the ends of the world to find God and question his decisions.

Also starring in the Preacher pilot is W. Earl Brown as the callous and harsh Sheriff Hugo Root and Ian Colletti as Eugene Root, son of the sheriff and full of conspiracies, knowledge and courage. 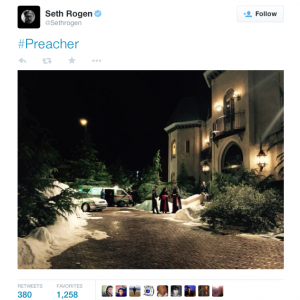 Preacher pilot is expected to be released early 2016.