If we’ve learned one thing from horror cinema it’s that the woods aren’t a safe place to be. All sorts of mad men and creatures lurk within the trees, and you can bet they’re out for blood should you step into their territory like an unwanted guest. In Capps Crossing, the latest film from writer-director Mike Stahl, a group of campers/geo-catcher’s head into the forest to enjoy some adventure at an isolated retreat; what they encounter, however, is anything but pleasing 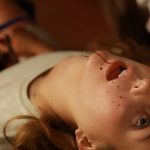 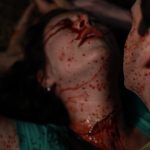 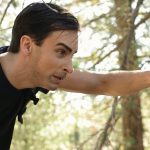 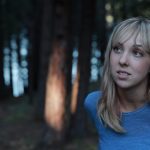 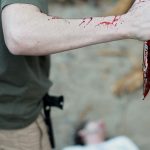 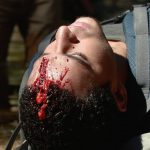 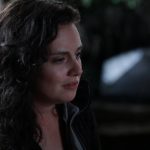 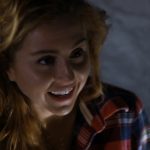 The film opens with a hiker being stabbed, quickly establishing our villain (played by Brian Cory) and why he’s bad news. When more victims arrive later, he continues his reign of terror, and the film carries out murders procedurally from there on out, albeit with long stretches of uneventful character interactions in between. It’s as pedestrian as they come, which is fine, but it’s far from the most exciting affair.

There are some bloody kills, but they lack the style, pizzazz, and punch to make them worth writing home about. Of course, there’s only so much that can be done with a low budget, but slasher aficionados won’t be overly impressed. The villain is more humanised than most killers in this type of fare, though, so if you approach it from a reality-based mindset, it might be more effective. Our antagonist here could easily hide in plain sight and no one would bat an eyelid. That idea in and of itself is scary, but the execution is far from disturbing or even fun for that matter. 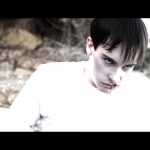 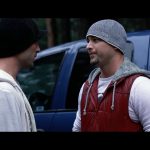 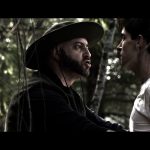 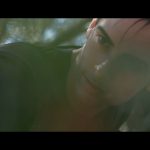 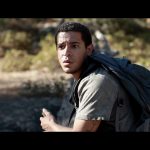 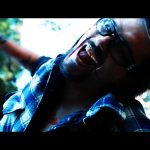 You’ve seen this movie before. It’s as paint-by-numbers slasher and as predictable in every way. That said, if you have 80 minutes to kill and you’re in the mood for something not too demanding, there’s enough entertainment to be found here to get you through a rainy evening. But it’ll probably just make you wish you watched one of the countless other movies like it instead.