Cannes Sales Art Takes Us Into The School 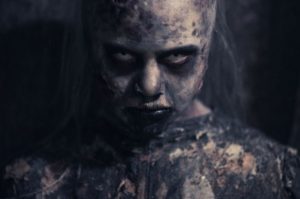 While we’re still awaiting the first trailer, some creepy new sales art for Aussie spooker The School has emerged from the Cannes market.

The film, which completed principal photography at the beginning of the month, is the work of award-winning writer/director Storm Ashwood, and stars Megan Drury, Nicholas Hope, and Jack Ruwald. It was filmed at the Gladesville Mental Asylum which, having been founded in the late 1830s, is Australia’s oldest such institution, and one where cruel and unusual ‘treatments’ were once commonplace. Deaths of both patients and employees were frequent, and the site now has 1,228 unmarked graves. 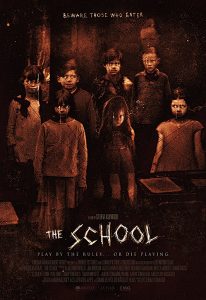 Synopsis:
The School follows Amy, an attractive, successful surgeon, who struggles to cope with her emergency room duties and those of a young mother looking after her hospitalised son who has fallen into a coma. After being reprimanded by her boss, Dr. Wang, for obsessively believing her son will wake up, she becomes trapped in a coma/purgatory of her own – The School – where children from her past emerge to taunt and test her to her core, putting in doubt whether Amy will be able to save her son and leave The School.