The Campus Sells its Soul on VOD

Brand new to VOD platforms is Jason Horton’s The Campus which, going by this gory AFM trailer is a devilish proposition indeed. 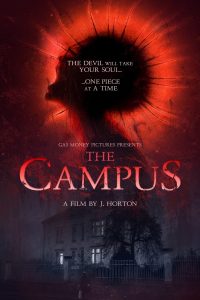 Horton, who directed 2012’s Monsters in the Woods, wrote and directed the film, which is supposedly something of a genre blender. It also boasts quite a premise. Here’s the synopsis:

“Robert dies after breaking his deal with the Devil, bringing his daughter home for the funeral. Morgan arrives with the intent of ripping off the family business but soon finds herself in a never-ending cycle of terror; being brutally murdered then resurrected over and over again – each time losing another piece of her soul.”

The Campus is now available on various VOD platforms.