CAILEE SPAENY IN TALKS FOR THE CRAFT REMAKE 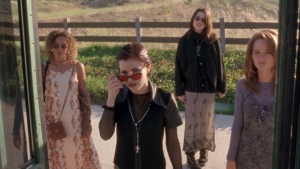 Casting is underway for Sony Pictures’ remake of The Craft, and Cailee Spaeny (Pacific Rim: Uprising) is in negotiations to star as one of the witches.

The 1996 classic starred Robin Tunney, Fairuza Balk, Neve Campbell, and Rachel True as a coven of young witches who become corrupted by their powers. Zoe Lister-Jones has been tapped to write and direct and the remake, which may begin production as early as July.