January 20 brought us not only the inauguration of a new President of the United States of America, but—thanks to its virtual premiere event hosted by the Twisted Dreams Film Festival—also a new kind of zeitgeist horror film in the form of CACTUS JACK, a found footage micro-budget mockumentary “horror of rhetoric” written and directed by veteran screenwriters Chris and Jay Thornton in their feature film debut that seeks to terrify audiences not only through the threat and exaction of physical violence, but the violence of speech and thought itself.

CACTUS JACK follows the exploits of an amateur documentarian who believes he’s found an interesting subject in the form of a man who has not left his mother’s basement in six months, “not even to use the bathroom”—only to find out the subterranean recluse is in fact a vile hatemonger of the highest order. What follows is a deeply unsettling downward spiral into Hell as the tables are eventually turned when his vitriolic subject snaps, imprisons the documentarian, and takes control of the cameras to start his own gonzo hate-fuelled webcast under the guise of the titular persona. 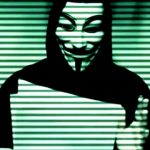 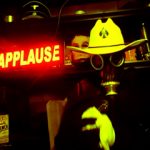 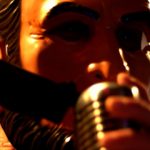 Featuring an all-in, evil-embodying bravura performance by R. Michael Gull as “Jack,” this relentless, punishing, completely DIY (from production to distribution) ultra-contained indie film—made for $25,000 and shot almost exclusively on cell phones with a cast of two and crew of zero—is already proving to be highly polarising with early audiences, and will surely continue to do so as it finds more eyes.  CACTUS JACK will rock you to your core if you have the fortitude to stick with Jack to the end.  This may be the best indie film about the isolation of an outsider and American menace since “Taxi Driver” and it is a bravura debut from the Thornton Brothers who are sure to cause a stir with their radioactive film.  We can’t wait to see what they do next.

You can rent it or purchase CACTUS JACK now on-demand through Vimeo or by going to www.cactusjackfilm.com.