A quiet English village’s rabbit population turns bloodthirsty in Tony Jopia’s creature feature comedy Cute Little Buggers, which is set to land on VOD on November 7th, from Uncork’d Entertainment. To get you hungry, we’ve got the new trailer and poster for you. 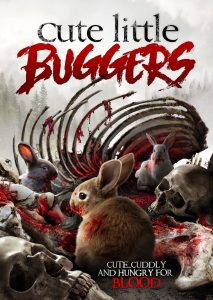 Synopsis:
Somewhere in the depths of space, aliens are watching the earth and planning their attack. Unaware of the impending danger, the locals of a sleepy English village are preparing for their summer festival. The aliens launch their offensive by mutating the local rabbit population, and when the furry demons are released, the body count starts to pile up as blood, guts, and fur flies in all directions as the humans fight off the alien threat. 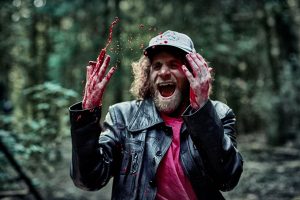 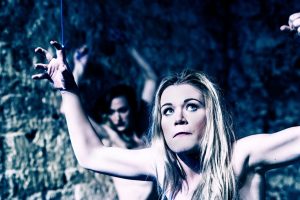 Cute Little Buggers was picked up out of Cannes by Uncork’d Entertainment and High Octane Pictures. Uncork’d President Keith Leopard, who distributed director Jopia’s 2015 film Crying Wolf, said at the time: “Tony knows how to give audiences a good time – and his latest is no exception. Cute Little Buggers will spook you – there’s moments in this that will make the goosebumps rise and then some – but it will also give audiences belly laugh after belly laugh! At its core it’s a real throwback to the golden-age creature features.”