Brooke Smith has been cast as the new sheriff in Bates Motel as the show prepares to conclude with its fifth and final season. It’s been a good run for killer Norman Bates and his mother Norma, but all good things must come to an end. 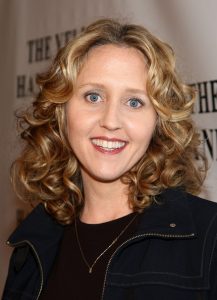 Brooke Smith joins the newly-added Rihanna who is set to play the iconic role of Marion Crane, who was played by Janet Leigh in the 1960 film Psycho. Isabelle McNally will be playing the role of Madeleine Loomis; a young woman who looks a lot like Norma, suggesting that the infamous shower scene may get a little bit of a twist. The show is still looking to cast Madeleine’s brother Sam, who is Marion’s boyfriend, so keep an eye out for that announcement soon.

When speaking about the upcoming fifth season of Bates Motel and its similarity to Psycho, executive producer Carlton Cuse said, “As exec producer Carlton Cuse previously teased to TVLine, “We wanted the final season to allow us to do our [spin] of the Psycho lore. We will be colliding with certain events in the narrative of the film, but it would be boring to just recreate Psycho,” so expect some nods to the original film, but also plenty of new moments to keep us on the edge of our seats.

Season 5 of Bates Motel will air 2017, with Freddie Highmore as Norman Bates and Vera Farmiga somewhat as Norma Bates…