Bringing a supernatural twist to the ever-relevant and ever-troubling themes of campus safety, rape culture and male privilege, Sharad Patel’s Somebody’s Darling is hitting VOD platforms on December 1st. Before then, we’ve got a few stills for your eyes. 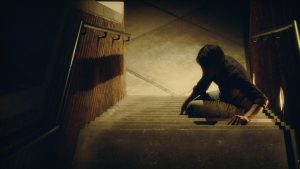 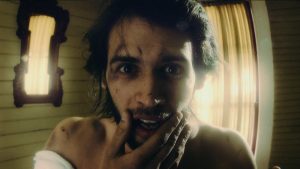 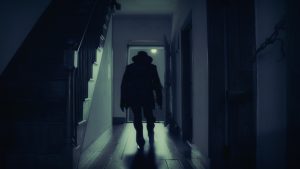 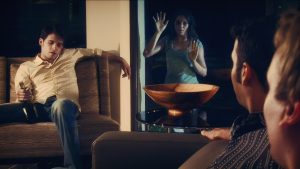 Having picked up a handful of festival awards, the film has garnered positive reviews and plenty of praise for feature first-timer Patel, who also penned the script. It stars Paul Galvan (Teeth), Jessa Settle, Fred Parker Jr. (The Eves) and Matt Tramel. 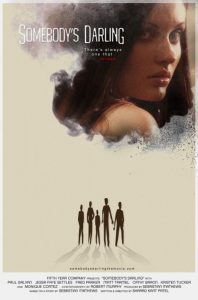 Here’s the official word from the press kit:
“A brooding mysterious fraternity president becomes obsessed with a coed despite having it all in his privileged existence.  What begins as a hopeful romance twists into obsession, and he risks his social standing in his pursuit of her heart. It seems that a positive change of character might bloom as he drifts away from the misogynistic, hedonist ways of his frat brothers. But a dark secret seems to cloak it all, and glimpses of truth surface in his surreal visions and dreams. Huge and horrible revelations mark the violent finale of this retro-styled, psychological, horror drama touching upon current issues of date rape culture, southern history, and privilege.”

Somebody’s Darling will be available through iTunes, Amazon Instant, Google Play and Vudu, with more to follow.