Bret Easton Ellis Interview: Why the “Smiley Face Killers” Theory Spoke to Me 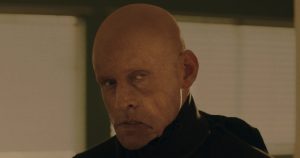 Between the late 1990s and the 2010s, the corpses of numerous young men were found in various bodies of water across several Midwestern American states. Although law enforcement agencies concluded that all the men had drowned, retired New York City detectives Kevin Gannon and Anthony Duarte, together with Dr. Lee Gilbertson, a criminal justice professor, and gang expert at St. Cloud State University advanced speculations that these men had all been victims of either a serial killer or a group of killers. These speculations became known as “The Smiley face murder theory” as it was made public that graffiti depicting a smiley face had been discovered near locations where it was believed the killer or killers had disposed of some of the bodies.

Whilst the response of law enforcement investigators and other experts has been largely sceptical, the myth piqued the interest of “American Psycho” author, Bret Easton Ellis who ultimately wrote a script based around the theory. After many years in limbo, the script was picked up with Tim Hunter getting behind the camera to direct the film’s stars, Ronen Rubenstein, Mia Serafina, and Crispin Glover.

With the film now available on-demand, DVD and Blu-ray in the US and releasing in the UK on 14 December, SCREAM sat down with Easton Ellis who enlightened us about the long and winding road travelled for the movie to get made and how he was interested in inverting the male gaze from a woman to a man in a horror film but without turning it into a queer movie.

What was it about the so-called “Smiley face murder theory” that inspired you to write a screenplay about it?

It coincided with the time my producing partner and I created a production company in 2009/2010 and we started to think about the slate of films we wanted to produce. We automatically knew we needed to have a horror movie because they are easy to finance and they’re mostly lucrative. This was a different era by the way – we were even thinking of a theatrical release. I just happened to be interested in this urban myth that I’d found out about which was the supposed “Smiley Face Killings.” There was something about it that was very suggestive to me and my aesthetic at that moment. Young, athletic guys were being abducted and perhaps murdered in strange ways.

I wanted to do a variation on the myth. I didn’t want to do the myth itself because no one knows what happened or if it’s even true. But, the idea of it and making it more of a horror film, and gorier and having a number of kills in it spoke to me. And I like horror movies. Most of the scripts I’ve written are horror movies and I think there’s an element of horror to the fiction that I write. People seem to be surprised by that. They think that because I’m a “literary novelist” that my aesthetic, when it comes down to films, should be on the same level and I should only like these very art-conscious, elevated movies and I really don’t.

So I wrote the script and we thought we were going to set it up at various places. It was at Blumhouse for about a year or so but it was never going to work there because the film was too slow and too “serious” and it wasn’t fun (laughs). I know Freaky is doing quite well over here for example, but I can’t deal with those kinds of horror movies. I have always had aversion to comedy-horror. I don’t know why but it usually just never is scary or funny. You need to be a great director. “Jaws” certainly has a lot of laughs but it’s scarier and more grounded in reality. These kinds of things that Christopher Landon does just don’t work for me.

So we realised we weren’t thinking about it in terms of your usual horror picture and, as pretentious as this sounds, I was thinking of the French minimalist filmmaker Robert Bresson and about fate. The idea of following a character around for the last 24 hours of his life with there being nothing he can do to saving himself became very interesting to me.

I wrote that script but the production company fell apart and it wasn’t until 2017 that I got a call from my agent saying, “They’re going to purchase the “Smiley Face Killers” script. They’ve got financing from Tony Shaye and they’re going to shoot part of it in Vegas in the summer.” My response was, “You’re kidding me? I was supposed to direct it!” And that was when they told me that Tim Hunter was directing it so I realised I really had not been paying attention to this process and I should have been more kept in the loop.

I think I have a lot of much better scripts that have been in development Hell for years but this was the one I got the call for. Aside from that, there were a lot of problems with getting more money for CGI work and colour correction and so it was in limbo for about three or four years after we did the principal photography.

Although Tim Hunter ended up directing it, you visited the set a lot.

Luckily, I did have total say over the casting of the lead. Tim did not. I think that was a great save because, out of the hundreds and hundreds of auditions we saw, Ronen was by far the best. He brought something weird and different to the role; a kind of sadness. Also, he intuitively flipped the sides he was given in a way that no one else did and he played the character as quiet and reserved and it was so effective. That was when I realised that that was how it should have been written. Ronen’s a great camera subject anyway and the guy has to be good looking because that’s part of the point compared to the disfigured features of Crispin Glover’s character.

The protagonist is dealing with depression and this is a theme you dissect extensively in the film.

I think it makes the character more interesting. I was not trying to make a statement, and it just so happens that I think part of the irony is that I don’t think that the killers necessarily knew all about his private life but it was supposed to be a bleak irony that the victim’s death does all fall into place to their advantage. I was thinking a lot about my then-new boyfriend who was having issues with depression and with meds. What he was going through when I wrote this in 2010/2011 is really what helped inform Jake’s character. I just wanted it to be different. We could have done the douche, frat guy. There’s a movie in there somewhere as well, but I just didn’t think it was interesting enough. I also thought that this type of character would attract a better-levelled actor.

You also call attention to the fact that the people closest to the film’s protagonist chalk his suspicions of being stalked up to his psychological ailments.

I know. None of his friends are helping him and he’s trying to explain something to them but no one believes him. There’s a bleakness to the movie. It certainly traffics in what some people call my “rampant nihilism.”

When your novel, “American Psycho” came out, it was heavily criticised for its misogynistic themes. “Smiley Face Killers” is almost the antithesis of “American Psycho.” Does criticism like that affect you and have you second-guessing how your audiences might react to what you write or is the fact this new film is anything but misogynistic just happenstance?

You write about what you are interested in and I’m not really writing anything to comment on other things that I necessarily worked on. Nothing is a reaction to “American Psycho” in terms of movies. Certainly, in my meta-fictional world of books, I do comment on other books and so on. But, in terms of the scripts I write, they are very separate.

About ten years ago, I was thinking about inverting the male gaze from women to a guy but without making it a queer movie. What do we do when the victim or the object of desire happens to be a young, good-looking guy instead of a girl? So the guy is fetishised and we look at him in the way the killer is looking at him so it becomes voyeuristic for the audience as well. That was certainly on my mind and we were all on-board in terms of how to visualise that when the movie was made.

The killers’ motives are apparently related to water and religion but left very ambiguous. Were these themes inspired by the Smiley Face myth?

It was all just made up really. And these things are always better left unexplained. The minute you start explaining things, it’s stupid. It happens with most horror movies. Once the explanation is dropped then you can forget it. That’s why so many great movies of the 1970s just don’t have them. Things just happen and you don’t know why and that’s why they are so scary. It all just came naturally. In my head, I have a faint notion of what it’s like but it always seemed to be more frightening to not lay it out in an explicit, or even in a general way. But who knows. I mean, my boyfriend says it’s because I’m a Pisces and I’m obsessed with water.

Also, there’s no real proof of the Smiley Face Killers but I did recently read an interesting book by Dan Chaon called “Ill Will” which came out a few years ago. I just picked it up about two months ago because someone said it was a very scary horror novel. I was surprised by his theory about the killers. That theory is very elaborate and you find out that there are people who are kidnapping young men and then keeping them in a water tank in a warehouse and dropping them in lakes or whatever. As with most things, the setup is very intriguing but then the answer is like, “Oh, whatever!”

As you intended to direct “Smiley Face Killers,” I imagine your next plan is to get behind the camera for another of your scripts?

Yes. You just get to a point where you can’t have other people direct your scripts. I never wanted other people to direct my scripts. I didn’t come out here to be a scriptwriter. Who the fuck does that? Of course, fourteen years ago there were certain movies that I was never going to be allowed to direct because “The Informers” cost 20 million dollars and no one is going to sign on to a movie that big with a first-time director.

The next thing I’m working on is for me to direct a script of mine. We’re just finishing the contracts and we’ve got all the money. Hopefully, we can start casting in January when the vaccine comes out. We’re already going after an actor to star in this thing and it’s going to be another horror film which is set in LA. We’ve already met with people for creature effects too as there’s a monster in it. So, hopefully, that will be what happens next for me but, as we all know, things can fall apart so easily out here…

“Smiley Face Killers” is out now in the US and available in the UK on DVD and digitally on December 14.