Breaking Glass to release The Suffering 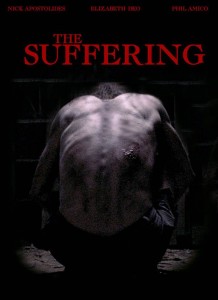 Breaking Glass has acquired distribution rights for the US and Canada for independent horror feature The Suffering. The film is directed by Robert Hamilton, who helmed dark, ambient 2011 mystery Key.

The Suffering won the Audience Award at the Skyway Film Festival in 2015, where it premiered. Breaking Glass CEO Rich Wolff negotiated the distribution deal with Todd Slater from Blue Fox Entertainment at SXSW this month.

“Breaking Glass Pictures has a terrific plan for The Suffering, and they were a pleasure to work with while crafting the agreement,” says Slater. “We couldn’t be more thrilled about the acquisition.”

Synopsis:
Henry Dawles is at a cross roads in life. With a diminished bank account and a baby on the way with his estranged wife, his personal life is in shambles. When Mr. Remiel, an elderly shut in, offers Henry a lucrative sum to appraise his rural estate, he accepts without hesitation. What follows is a harrowing exploration of mind and madness. When Henry closes in on the lands’ dark truth, Remiel’s eccentric behavior takes a menacing and unforgettable turn.

The Suffering stars Nick Apostolides (The House Across the Street, The Haunting of Alice D) as Henry and Phil Amico (You’re Fuck’n Dead!) as the mysterious Mr. Remiel.
A limited US theatrical run and on-demand release is lined up for July.