Break out the VCR, Cannon Films are back! 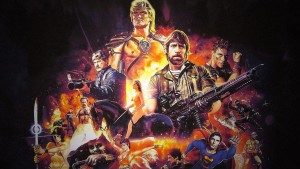 Hugely exciting news has landed for fans of the weirder end of ‘80s genre cinema, with the announcement that legendary production company Cannon Films is to be reanimated. Founded in 1967 by Dennis Friedland and Chris Dewey, Cannon was sold in 1979 to Israeli cousins Menahem Golan and Yoram Globus, and that’s where the real fun began. Incredibly prolific (1986 saw production peak with 43 films made that year), Cannon dominated the B-action picture landscape until the early ‘90s, when the company fell into deeper and deeper financial trouble, becoming defunct in 1994.

The following comes from a Press Release (shared by The Action Elite) regarding the re-launched company, now known as Cannon Films Ltd:

“Cannon Films Ltd was founded in 2014 by Richard Albiston, after spending years under the guidance of the Cannon Group Inc.’s former CEO and Chairman, Menahem Golan.

Today, the company is proud to enforce the ideals of Menahem Golan, putting the artist first and enabling them to have the freedom to create their vision, their way; a unique approach that is not found anywhere else in the industry today.

Cannon Films Ltd has developed successful working relationships worldwide with companies operating in over fifteen countries. Together their mission is to produce new and original motion pictures for a 21st century audience.

A new slate of movies is on the horizon including America Ninja Apprentice, Return of The Delta Force, U.S. Sniper and more…”

The Cannon resurrection certainly seems timely, with affection for ‘bad’ genre cinema at an all-time high. Then there’s Mark Hartley’s essential 2014 documentary Electric Boogaloo: The Wild, Untold Story of Cannon Films, which tells an insane tale, and is an absolute must-watch for any genre fan.