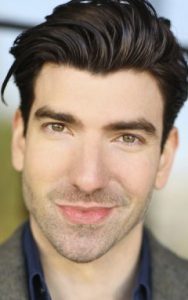 Brandon Stacy has been cast in the upcoming sequel Jeepers Creepers 3 in the role of a deputy that is leading a group of people to destroy the infamous killer Creeper. You will probably recognise Stacy from his roles in Star Trek New Voyages: Phase II, The Big Short or the TV series Blade of Honour. He is also set to star in the upcoming short film On the Way to Lovetown and Doug Liman’s crime-thriller American Made with Tom Cruise.

Jeepers Creepers 3 will see Gina Philips reprise her role as Trish Jenner; the brother of Justin Long’s Darry from the original Jeepers Creeper released in 2001, as well as Jonathan Breck who plays the terrifying Creeper.

We can’t wait to see the Creeper return to the big screen and with the film currently filming in LA, hopefully it won’t be too much longer.